By Samuel Adams
In: Microsoft 365

Microsoft Teams has become a foundational part of the work from home workflow that millions around the world have found themselves a part of over the course of the past few weeks. In fact, Microsoft Teams gained 12 million users – that’s roughly the entire user base of Slack – in a single week. Now sitting at a staggering 44 million users, Microsoft has shown off new features coming to their hit application.

4 Reasons Why Your Organization Should Use Microsoft 365

We’ve all experienced it – you’re in a Teams meeting when the train goes by, your air conditioner turns on, or that bag of chips just becomes too tempting for you to resist. The rattling, buzzing, or crinkling can make it difficult to hear and follow what’s happening in the meeting.

Later this year, AI-powered noise suppression is coming to Teams. This technology isolates your voice, minimizing background noise to minimize distractions and maximize communication in conference calls and meetings. In virtual meetings, especially those large in number, it can be difficult for everyone to find a moment to share their thoughts or ask a follow-up question.

A new “Raise Hand” feature will be introduced, allowing anyone in a meeting to signal to the rest of the group that they have something that they would like to add. This way, more people are able to become involved in a meeting and participate with the entire group regardless of its size.

For users of popular streaming platforms like YouTube, Twitch, and Mixer, pop-out chat boxes allow for multitasking and dividing windows between monitors with ease. Microsoft is adding this ability, known as “popping it out”, later in 2020. You’ll soon be able to open up an individual window for each conversation that you’re actively having in Microsoft Teams. For those that spend a lot of time messaging throughout the day, this could save a lot of time by cutting out the need to click between conversations.

Entire organizations are getting onboard with holding company-wide meetings in Microsoft Teams. Group Chats not support up to 250 users while 10,000 people can now be included in an individual team. This increased capacity, combined with the “raised hand” feature, will enable an entire organization to come together for an organized and productive meeting without sacrificing quality or participation. 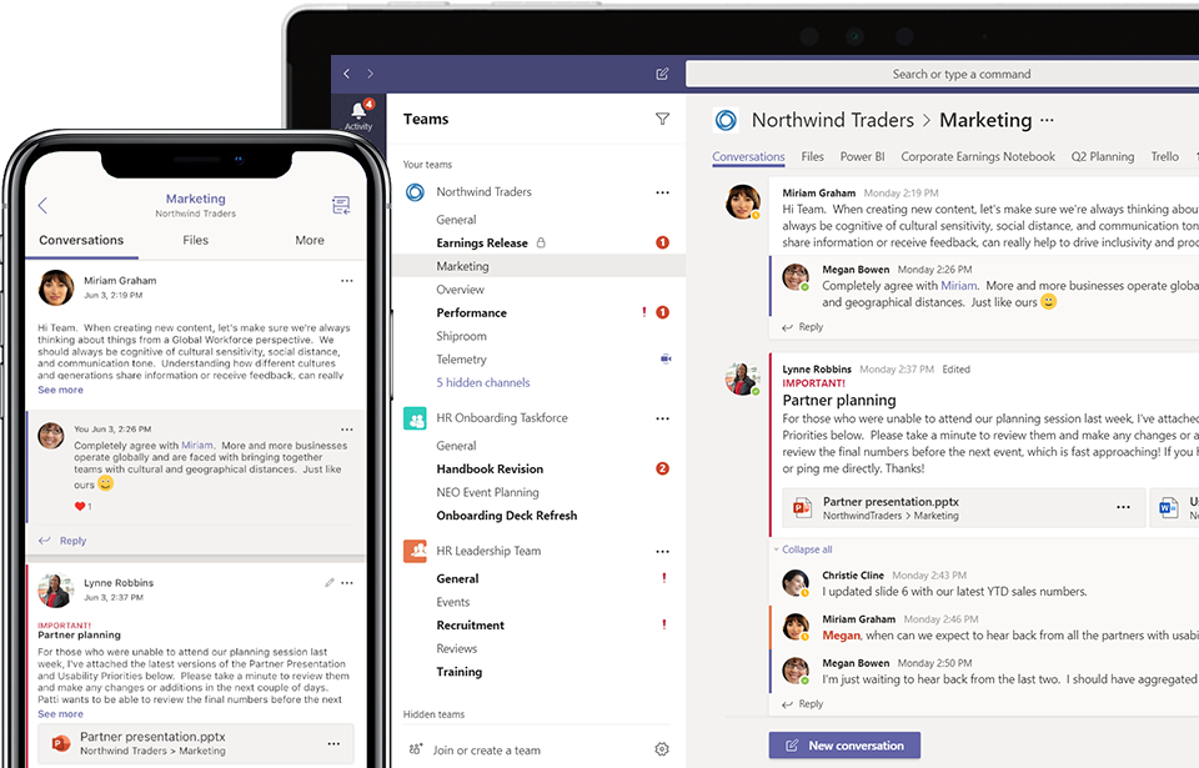 Starting now, Microsoft has enabled increased Teams functionality even with little to no internet access. Users can currently access Teams, read past messages, access calendar summaries, and view recent and pinned teams and chats while offline. In the future, increased functionality - such as the ability to queue messages to be sent when a connection is restored - will be rolling out throughout 2020.

As the way we work continues to evolve, so does technology. These new features coming to Microsoft Teams add even more value to an already incredible program build from the ground up to enable entire teams to work effectively and collaborate with one another no matter where they may be.

Modernizing a Modern Business - Microsoft 365 and the Digital Transformation

By Samuel Adams
In: Microsoft 365
END_OF_DOCUMENT_TOKEN_TO_BE_REPLACED

By Samuel Adams
In: Microsoft 365
END_OF_DOCUMENT_TOKEN_TO_BE_REPLACED

Meet SeedSpark Sessions, a Podcast for the Digital Age

By Samuel Adams
In: Microsoft 365
END_OF_DOCUMENT_TOKEN_TO_BE_REPLACED