What Are the Risks of Using Outdated Technology?

By Samuel Adams
In: cybersecurity

Screen freezes, long loading times, software incompatibilities, blue screens - when it comes to outdated computer systems, we've all been there. While equipment that you "just bought" ten years ago may have marked a major leap forward, we've got some bad news for you: it's old now.

As programmers and software developers are pushing the limits of what's possible through today's top software, older legacy hardware has a hard time keeping up. This ultimately leads to you waiting longer to accomplish your goals, if you're even able to accomplish them all, holding back your productivity and ultimately losing potential revenue.

From lackluster loading times to cybersecurity risks, here are the four biggest risks that come with using outdated technology for your business. 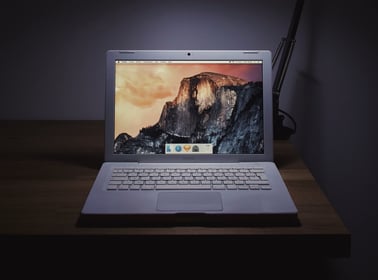 While Microsoft and other leading tech companies continue supporting recent operating systems well beyond their launch dates, all software eventually enters what is known as "end of life" status. Once an OS reaches this stage, it's common for companies to cease any improvements and limit security updates to only the most critical fixes - if they implement fixes at all.

When WannaCry shook the tech world to its core back in 2017, 67% of the systems impacted in the attack had delayed an upgrade to Windows 7. Change may come with a bit of a learning curve for users, but the cost it takes to recover from a cyberattack caused by an unsupported OS is a lot larger than the cost of upgrading your hardware and training your team.

Nothing lasts forever, including PC hardware. While older legacy computers may continue to receive support from the manufacturer, limited warranties will expire and leave you with a repair bill that's often larger than the hardware itself is worth. However, the risks don't stop there. Spare parts may be common to come by for a few years after the release of a piece of hardware, but it can often become more difficult to find replacement parts as the years go on. When a screen or other component malfunctions in an older laptop, you could be stuck scouring the internet for a reseller marking up the price (or even worse, stuck with an unusable machine.)

A survey commissioned by Vision Direct found that the average American adult will spend 44 years of their life looking at screens - it's safe to say that at least 42 of those years are spent waiting on computers to load. Just kidding! While it may not be that drastic, older hardware ultimately leads to longer loading times as hardware boots up and software struggles to make do with underpowered and outdated hardware. New SSDs and high-end processors found in the latest laptops can make booting up apps, multitasking between screens, and navigating your favorite programs a breeze, saving a few minutes here and there to stack up and make a big difference in your bottom line when it comes to productivity. As older laptops struggle to keep up, the amount of work that the average worker can accomplish on any given day is much lower when compared to someone working with newer, fresher hardware. In other words, better tech brings more productivity, which brings more revenue to you.

We've all been there: you boot up a program, wait for it to load, and get an error with the option to submit the crash report to the developers. There are a multitude of causes for this kind of issue, but a common culprit for many may be outdated hardware. As software developers push the boundaries of what's possible through their digital tools, higher-end hardware is needed to make their vision a reality and get the job done. Unfortunately for legacy users on outdated hardware, that means that their computers are often left chugging along as best they can (if they're even supported at all).

When a program asks too much of a computer that's lacking in the right resources, the end result is often freezing and crashing which keeps you from your work and turns your focus toward troubleshooting your device. According to Gartner, the average cost of IT downtime is $5,600 per minute - that's lost sales revenue, idle employees, and expenses that keep racking up without anything to show for the effort. Investing in new hardware eliminates the risk of not having the right tools for the job, keeping your team outfitted with tech that is powerful and capable of handling whatever you throw its way.

Once all of these risks are considered, it's time to ask the big question: "When should I upgrade?" The answer ultimately depends on the age of your device; SeedSpark recommends upgrading computers every three years to ensure that your team is equipped with industry-leading hardware that is always under warranty and ready to be repaired or replaced as soon as the need arises.

SeedSpark partners with small- and medium-sized businesses to deliver technology solutions that meet today's needs while helping them prepare for tomorrow. Contact our team today for a free 30-minute technology assessment that digs into your existing technology, identifies areas of improvement, and helps build a better understanding of how to make the most of your technology stack.

Which 2FA Should You Use?

Cybercrime is on the rise, and a strong password isn’t enough to keep your money, job, or family safe. To defend against increasingly aggressive attackers, you’ll need a second factor. Two-factor authentication is becoming more widespread online; it typically involves providing a code after entering your password and can be with an email, a text, or a code from an app.

The Wall Street Journal provides a breakdown of the various alternatives and what you need to know to safeguard your digital life.

By Joe Pease
In: Technology
END_OF_DOCUMENT_TOKEN_TO_BE_REPLACED

Increased Risk of Russian-backed Cyberattacks - Are You Prepared?

Browser Keyboard Shortcuts That Everyone Should Know

"Change your passwords every 30 days!" This is a tip that has been thrown around freely over the last 20 years. While it might have been a safe practice 15 years ago, new changes in cybersecurity technology have meant that plenty of common cybersecurity tips aren't quite as valuable as they used to be. Our team at SeedSpark gets a lot of questions on staying safe online, so we're taking time to debunk some of the most common cybersecurity "tips" that we see each week.

By Samuel Adams
In: cybersecurity
END_OF_DOCUMENT_TOKEN_TO_BE_REPLACED